UN75: UN Calls for strengthened partnership to leave no one behind as it launches the 75th anniversary of the organization

The United Nations (UN) in Ghana has called for a collective effort to reduce inequality, build peace, heal our planet and ensure we leave no one behind. 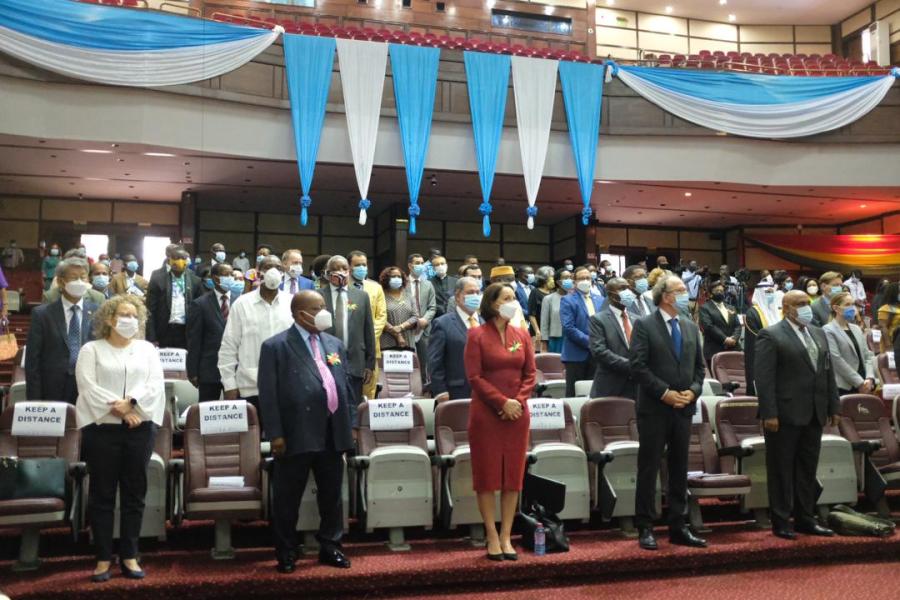 Audience at the UN75 launch

The United Nations (UN) in Ghana has called for a collective effort to reduce inequality, build peace, heal our planet and ensure we leave no one behind as we move forward to a new greener and an inclusive world. The UN Resident Coordinator, Charles Abani, made this remark at the launch of the 75th anniversary of the UN in Ghana.

The launch of the anniversary is a partnership between the Ministry of Foreign Affairs and Regional Integration, the UN in Ghana and other stakeholders.  The launch also provided an opportunity to reflect on the UN’s support to the Government of Ghana in advancing development and achieving the Sustainable Development Goals (SDGs). 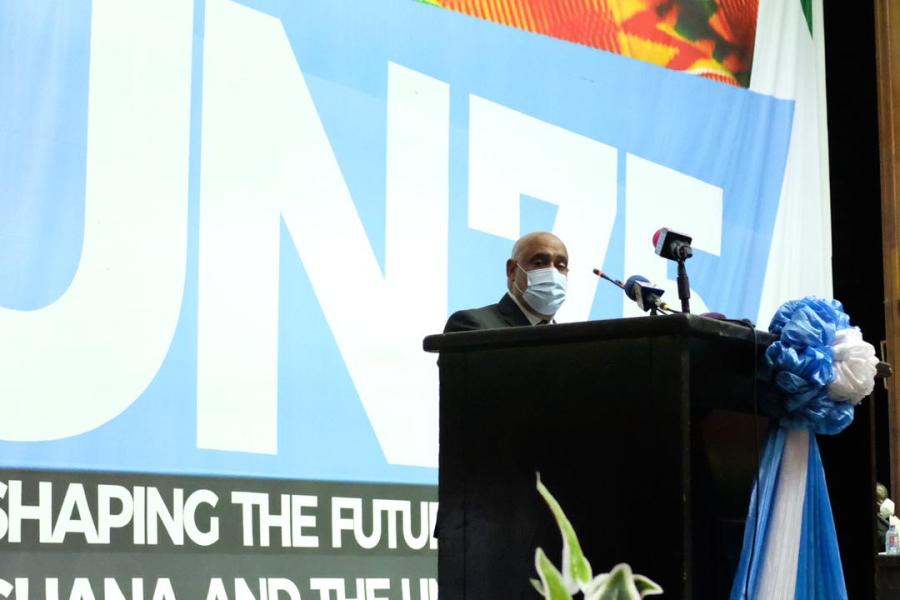 Speaking on the theme “Shaping the Future together, Ghana and the United Nations” Mr. Charles Abani underscored that the celebration of the 75th anniversary underpins the relevance of the UN whose charter embodies the hopes, dreams and aspirations of peoples. He emphasized the commitment of the UN in ensuring zero poverty, maintaining and upholding peace, ending all forms of gender-based violence and delivering a zero-hunger world, and reaching the most disadvantaged children, refugees and marginalized people in Ghana.

He further commended Ghana for the tremendous efforts in mainstreaming the SDGs into the national medium-term development plan, implementing the Integrated National Financing Framework (INFF), for financing the SDGs amongst others. These, he said are great efforts to ensure the achievement of the SDGs and the Agenda 2030.

“The UN at 75 is a time to reflect on how to serve the world better in an ever-changing environment … together, we must and will shape the future together and for everyone, everywhere. This is the essence of this moment and celebration of the UN@ 75”, Mr. Abani stressed.

On his part, the Deputy Minister of Foreign Affairs & Regional Integration Hon. Charles Owiredu acknowledged the efforts of the UN’s interventions to Ghana’s developmental landscape.

"The UN has achieved remarkable success in its 75 years of existence. In partnership with Ghana, the UN has played a critical role in the fight against COVID-19 in Ghana and other development sectors”, he added.

Ghana is a proud member and partner of the United Nations. Since it joined the UN in 1957, it has been a frontline contributor to global efforts. Ghana has contributed to global peace efforts since its first deployment of peacekeepers to the Congo in 1960. Today, Ghana remains in the top 10 contributing countries, with over 3000 personnel serving in eight missions across the world. The human capital investment is no less impressive, with eminent Ghanaians serving in this great institution, most notably former two-time Secretary-General, Kofi Annan. And the current President of Ghana is co-chair of the UNSG’s Eminent Group of SDGs Advocates.

At the launch, a photo exhibition booth, documenting UN engagement with the UN was opened by the UN Resident Coordinator and the Deputy Minister of Foreign Affairs and Regional Integration. 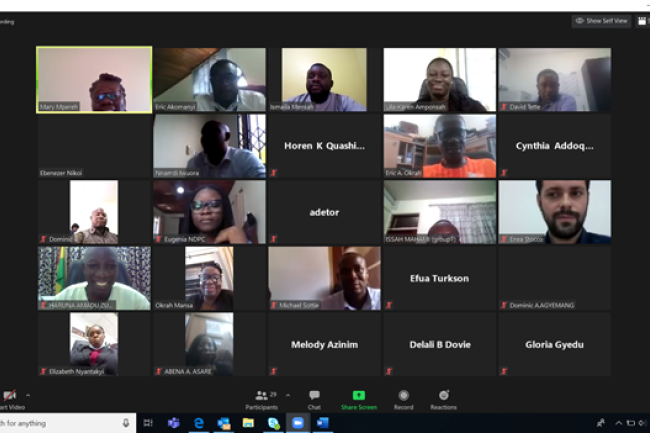