Discussions on Climate Change and Climate Action took centre stage today when the President of the Republic of Ghana, Nana Addo Dankwa Akufo-Addo. 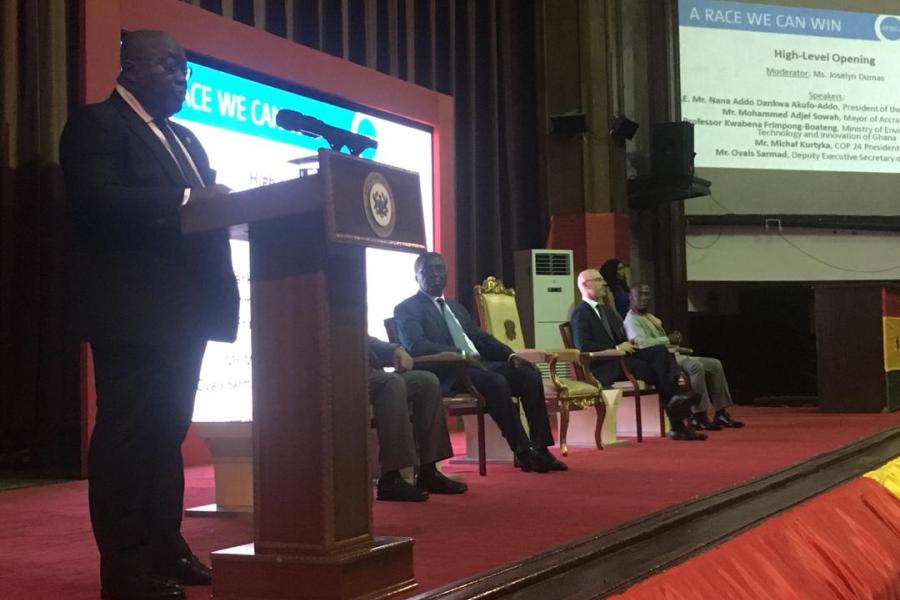 Present at the opening ceremony were Ministers and Mayors from Africa, the Deputy Executive Director of the UN Framework Convention on Climate Change (UNFCCC), Ovais Sarmad, Members of the Diplomatic Community, UN officials, stakeholders and the youth.

President Akufo-Addo stressed on the urgency to deal with Climate Change, recounting the most current impact in Southern Africa which have affected over 800,000 people. He also called on his colleagues on the continent to step up efforts to curb the

President Akufo-Addo, who is also the Co-Chair of the Eminent Group of the SDGs Advocates, re-echoed the sentiments of many of the presenters at the ongoing ACW when he touched on finance. He assured the gathering that the continent will strive to halt climate change at the national level, but much needs to be “to streamline access to international climate finance to complement national funding”.

The high-level segment focused on the outcomes of the COP 24 and on Nationally Determined Contributions to offer participants a glimpse into Africa’s implementation plans and Climate Actions ahead of the Climate Summit to take place in September 2019. 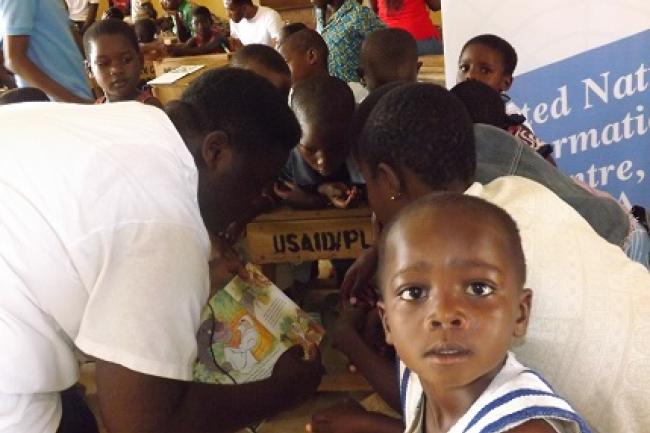 The policy brief on the impact of COVID-19 on Africa is the latest in a series of briefs which explore various issues and highlights the impact of the pandemic. 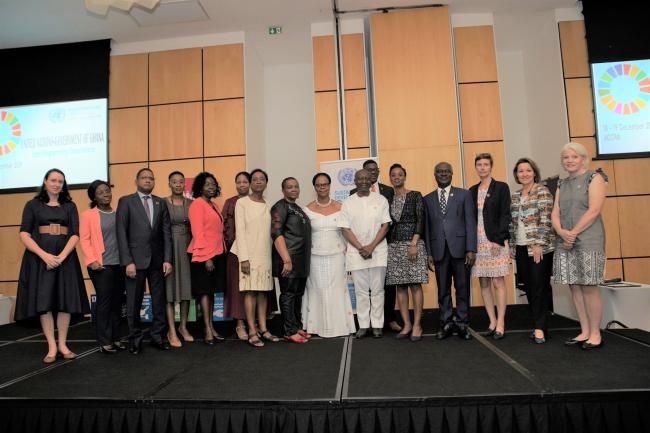 The joint consultation with government partners is required to discuss priority areas and strengthen alignment between UN action and government priorities. 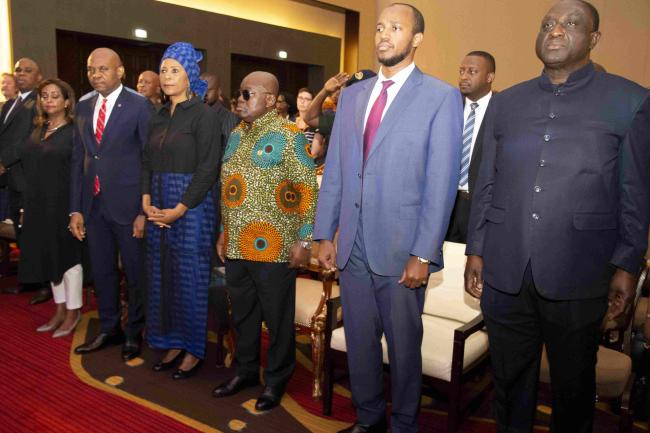 Africa challenged to redefine its development agenda beyond aid

Across Africa there is a rising demand for new forms of transformational leadership, which begins with a distinct change in mindsets and a renewed commitment.