ECOWAS – UN Workshop on Sharing Experiences and Good Practices on the Prevention and Mitigation of Election-related Violence held in Accra. 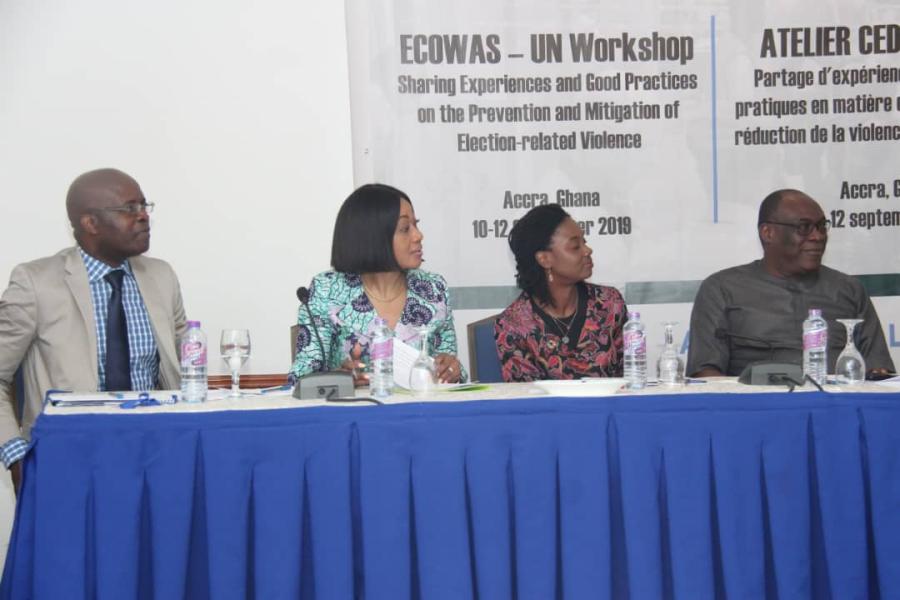 The Acting Resident Coordinator of United Nations (UN), Ms Sylvia Lopez-Ekra has called on stakeholders in the electoral processes within the West Africa sub region to prioritize the prevention of electoral violence through partnerships, sustain attention and commitment. She made this call at a workshop on prevention and mitigation of election-related violence organized by the UN and the Economic Community of West African States (ECOWAS).

Speaking at the opening of the workshop, Ms. Lopez-Ekra observed that, though most elections in West Africa have been organized in peaceful environments, the sub region has suffered from some election-related violence. She identified the ‘’winner takes it all’’ approach as one of the problems providing fertile grounds for election violence

She underscored the importance of successful electoral processes in ensuring sustainable development in society, noting that there is a direct connection between violent-free elections, peace and development. She thus called for a consorted effort by all stakeholders to ensure violent-free electoral processes. She indicated that, putting SDG 16 at the heart of global development agenda by the UN demonstrates its commitment to significantly reduce violence in all its forms.

She emphasized on the key roles the UN is performing to consolidate the democratic gains and stability in the sub region. “The UN is playing a catalytic role in democratic transition, through the provision of electoral assistance and other strategic interventions to consolidate democratic principles and practices in the region by extending support to media, civil society, political parties and parliament through outreaches and trainings”. Ms Lopez added.

Present at the workshop was the Chairperson of the Electoral Commission of Ghana, Mrs. Jean Mensah. On her part, she emphasized that the violent-free nature of the 2018 referendum was an indication of what can be achieved when stakeholders work together.  She urged participants at the workshop to share ideas on how to improve security around elections, especially as many West African countries head to the polls in 2020.

“To further ensure peace during the 2020 general election, the EC has begun early engagement with the security services on the provisions of adequate security during the period and also the identification of flash points for appropriate action”. She further stated.

The workshop brought together political parties, CSOs, election officials from the ECOWAS sub region and other stakeholders to share experiences and good practices on the prevention and mitigation of election-related violence. 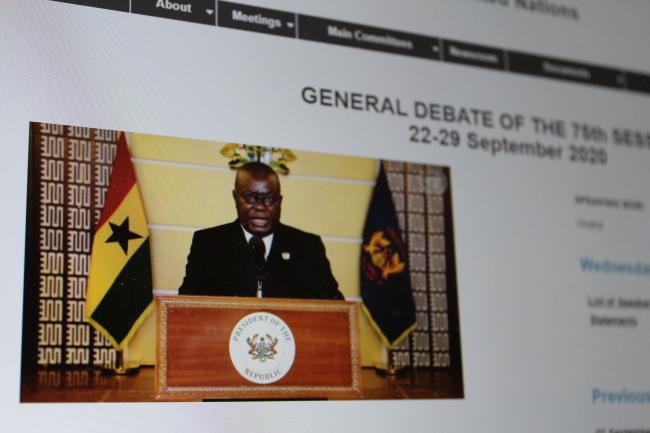 The President of the Republic of Ghana, H.E. Nana Addo Dankwa Akufo-Addo, today addressed the 75th Session of the UN General Assembly. 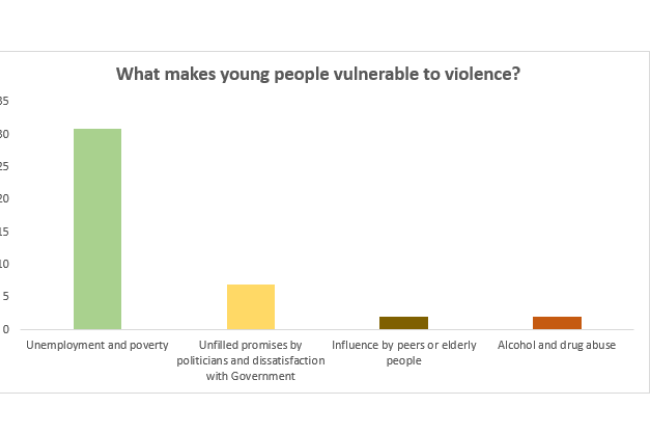 A webinar has taken place in Accra to engage young people in exploring what they can do to maintain the peace in Ghana ahead of the December general elections. 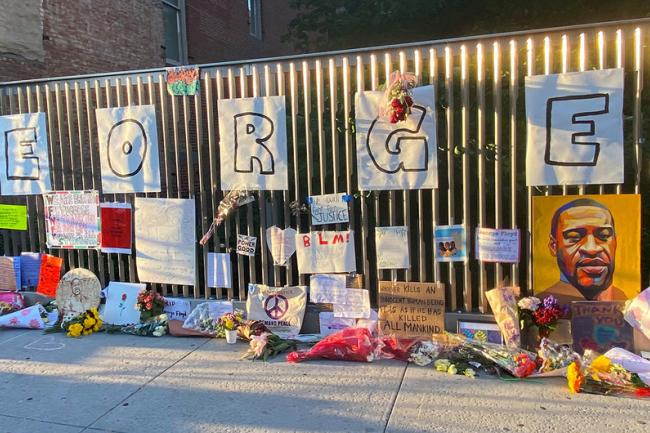