New factory of Premium Foods Limited, one of two industrial agro-processors supported by the World Food Programme commissioned in Ghana.

Located at Kwaso in the Ejisu Municipality of the Ashanti region, the factory was supported under WFP’s Enhanced Nutrition and Value Chains (ENVAC) project, funded by Canada. It is equipped to process over 96,000 metric tonnes of maize grits and cereals each year. It’s extrusion plant produces a ready-to-eat fortified blend of corn and soybeans, fortified with 18 vitamins and minerals, to improve the nutrition of pregnant and nursing women, adults and growing infants. Some 120 new jobs have been created, comprising technical and management positions whilst farmers and out-growers along the value chain have benefitted from thousands of direct and indirect income earning opportunities.

Describing Premium Foods as a “classic example of the critical role agricultural production and value addition play in the economic development of countries”, President Akufo-Addo commended WFP, Canada and other institutions for the support provided which has culminated in the establishment of this state-of-the-art factory, one of few factories with such capabilities in West Africa.

The honourable Minister for Trade and Industry, Mr. Alan Kyerematen affirmed his ministry would “continue to improve the strategic partnership with the private sector and collaborating organizations to establish similar modern factories which would be globally competitive and take full advantage of foreign market opportunities such as the Africa Free Continental Trade Agreement (AfCFTA).”

Mr. Chris Nikoi, WFP Regional Director for West and Central Africa, noted that the new factory will serve not only Ghana, but the West Africa sub-region. “Until now, WFP has had to source specialized nutritious foods from the USA, Belgium, Italy or South Africa for use within the sub-region. Procuring directly from Premium Foods will reduce lead times by at least 3 months, reaching the people in need in our region much quicker. Now we are able to source from the region for the region!” He announced that WFP had placed its first export order to meet the nutritional needs of 30,000 children in Burkina Faso.

“The ENVAC initiative, resulted from a Ghana-Canada-UN collaboration to support a public-private partnership lays a strong foundation to change the game on innovation in the nutrition value chain – from farm to factory, to the tables of those that need enhanced nutrition the most,” said HE Ms Kati Csaba, the Canadian High Commissioner.

Validating the High Commissioner’s remarks, Mr. Tom Gambrah, the Managing Director of Premium Foods commended Canada for the bold decision to channel part of their development funds to the private sector and WFP for conceiving of the integrated ENVAC project and providing the seed funds as this gave their bankers the confidence to finance the project.

The commissioning of the new factory is a befitting ending to the ENVAC project which has succeeded in addressing some of the bottlenecks prevalent in Ghana’s food systems. Agro-processors, such as Premium Foods, have been the pivot of the ENVAC project as they provide a market for smallholder farmers to sell their produce and their nutritious products have helped to improve the nutritional status of particularly, vulnerable pregnant and nursing women, children and adolescents, who are unable to regularly afford foods which provide the nutrients they require at critical stages of the life cycle.

Abena Brefi, a 53-year-old widow and smallholder maize farmer at Brehoma near Kobreso in the Ashanti Region, testifies to the impact of sales to Premium Foods. At first, she and other smallholder farmers in Brehoma dealt with some market women who often didn’t pay for the maize they bought.  This changed when Mr. Twum, the aggregator who supplies maize to Premium Foods, came on the scene. “He provides us with some farm inputs and pays immediately he buys from us. Before I met him, I struggled to pay my children’s school fees because payment from other buyers was irregular, so my three eldest children dropped out of school. But since he began buying my maize, I have enough money to pay school fees and so the last three have been able to complete senior high school. “

With the factory fully equipped for production, efforts are now underway to support the marketing of these products whilst improving the livelihoods of the most vulnerable to enable them to buy them to improve their nutritional status. Making locally produced specialized nutritious foods available and affordable to all in Ghana is an important step to prevent malnutrition and enhance the nation’s human capital. 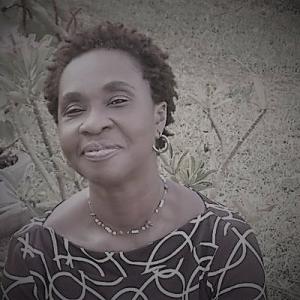