The United Nations in Ghana has called on the Government of Ghana to do everything in its power to support a free, diverse and independent media in the country.

In his address to the gathering, he noted that “the UN plan of Action on the Safety of Journalists aims to create a safe environment for media workers across the globe because information is a public good. That is why we are supporting the implementation of the mechanism on safety of journalist through our agency UNESCO”.

While congratulating the Ghanaian media for showing professionalism in carrying out their duties, he also charged them to continue to uphold the highest standard of ethical journalism.

World Press Freedom Day was proclaimed by the UN General Assembly in 1993 following a Recommendation adopted at the twenty-sixth session of UNESCO's General Conference in 1991. This in turn was a response to a call by African journalists who in 1991 produced the landmark Windhoek Declaration on media pluralism and independence. Every year, 3 May celebrates the fundamental principles of press freedom, to evaluate press freedom around the world, to defend the media from attacks on their independence and to pay tribute to journalists who have lost their lives in the exercise of their profession.

Themed “30 years of Windhoek Declaration; Information as a Public Good” this year’s World Press Freedom Day, affirms the importance of cherishing information as a public good, and explores what can be done in the production, distribution and reception of content to strengthen journalism, and to advance transparency and empowerment while leaving no one behind.

As the UN agency mandated to foster freedom of the press and freedom of expression, UNESCO Accra office observed the Day with various partners such as the Ghana Institute of Journalism and the Ghana National Commission for UNESCO. The climax of the activities is a flag raising ceremony .  It was attended by the media, the government and members of the diplomatic corps.

UNESCO country representative to Ghana, Mr. Abdourahamane Diallo in his remarks urged the GJA to update their code of ethics to meet the challenges of reporting on pandemics. While advising the media to be circumspect in their reportage to ensure national cohesion and development, he called on duty bearers to release information timely and transparently; and provide access to information in all spoken languages, including minority and sign languages; and prioritize the disclosure of information related to emergencies,​ ​both through responses to RTI requests and proactive disclosure.

The GJA called for the expedition of the investigation of the murder of Ahmed Suale two years ago by unknown assailants.  The incident, the GJA states, remains a blot on Ghana's image as a beacon of democracy and a champion of press freedom on the continent.

Ghana maintained its 30th position globally on the 2021 World Press Freedom Index, the lowest attained by the country. According to Reporters without Boarders, this was largely due to insecurity, and continuous threat on the lives of media practitioners in their line of duty.

The Chairman of the National Media Commission (NMC), Mr. Yaw Boadu Ayeboafoh, announced the establishment of the Coordinated Mechanism on the Safety of Journalists, an office that would see to the safety of journalists in the country. The office is the official source for filing complaints of attacks on journalists, validating alleged attacks, following up on investigations & sanctions and reporting on safety of journalists. It is jointly established by the NMC, UNESCO and the Ministry of Information. 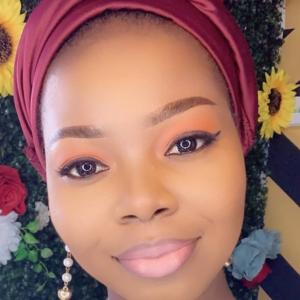