Her Majesty Queen Mathilde of Belgium is one of UN Secretary-General António Guterres’ SDG Advocates.

Her Majesty Queen Mathilde of Belgium is one of UN Secretary-General António Guterres’ SDG Advocates – a group of 17 personalities from various backgrounds that is co-chaired by Ghana’s President, H.E. Nana Addo Dankwa Akufo-Addo. This group was established to promote the implementation of the Sustainable Development Goals (SDGs) to achieve the ambitious and transformative global development Agenda 2030. Last week, from 7 to 9 February 2018, Queen Mathilde visited Ghana to learn about good practices of SDG implementation that she can share further when she is continuing her SDG advocacy in other places. She commended Ghana for its leadership in the region.

Her Majesty expressed that she was impressed by the level of local SDG ownership demonstrated by the various stakeholders she met, such as representatives from Government, the UN, Development Partners, Civil Society and the private sector, and in particular by local and traditional leaders. The exchanges highlighted the need for action at local level and for enabling communities to hold local government to account on their SDG commitment.

On Friday, 9 February 2018, Her Majesty Queen Mathilde gave a public lecture at the University of Ghana on “The SDGs: A Transformative Agenda for the Future We Want”. She stressed the interconnectedness and transformative nature of SDGs, and spoke passionately about the importance of investing in education, health care – including mental health care in particular, and gender equality and women empowerment. Queen Mathilde addressed the students in the audience directly: as the leaders of tomorrow who had been taught to think and challenge the status quo, they had the chance to change the world. She said that a comprehensive approach and partnerships including civil society and private sector were needed, in order to leave no on behind.

In his special remarks, President Akufo-Addo said that the 2030 Agenda was an investment in our future and that the realisation of the SDGs could be a major turning point for the whole continent. He underlined the importance of five factors: 1. being innovative and investing in the youth; 2. building solid, transparent institutions; 3. working toward an Africa beyond aid; 4. enabling a strong private sector that has the space to grow; and 5. unleashing the potential of women.

Alexander De Croo, Deputy Prime Minister of Belgium and Minister for Developmental Cooperation, called for action beyond speeches and for local leadership, such as demonstrated in Ghana, in order to attain the SDGs. He specifically addressed SDG 5 on gender equality and the need to empower girls, and commended President Akufo-Addo on his leadership as African Union Gender Champion.

The issues of child marriage and the need to empower the girl child were the key topics of a working lunch organised with UNICEF earlier last week, when Her Majesty engaged with the First Lady, Mrs. Rebecca Akufo-Addo; Minister for Gender, Child and Social Protection, Hon. Otiko Afisah Djaba; UNICEF Representative in Ghana, Anne Claire Dufay; traditional leaders, NGO, and youth representatives. The participating traditional leaders – who included Queen Mothers Nana Atta Kastir and Nana Ankwoanda Ahwer – shared that they are using approaches such as laws, community dialogue and drama to prevent young girls in their communities from child and/or forced marriages, and raise awareness on the negative impact of child marriage.

As part of the UN Country Team, UNICEF is committed to work with all partners, including Ministries and community leaders, to ensure that girls are protected from child marriage and that no girl stays out of school. 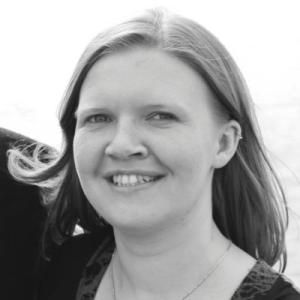